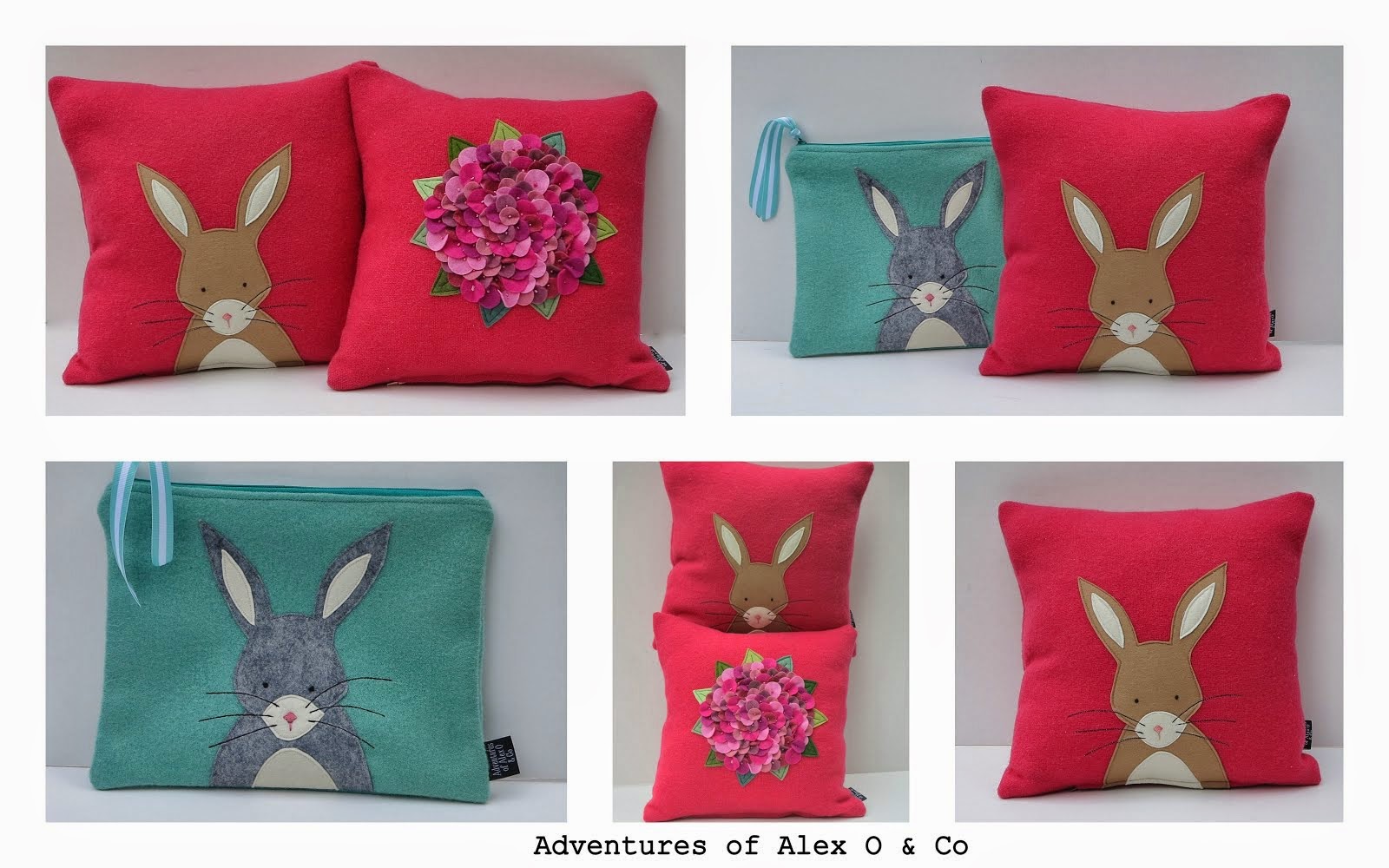 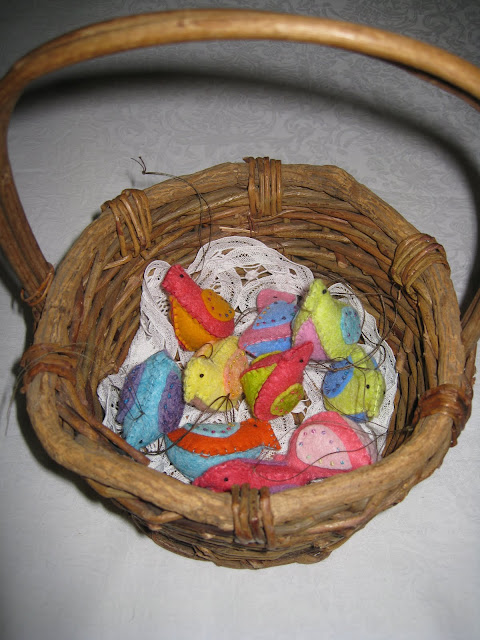 I am all packed and ready to hit the road on my way to the
Hawkes Bay Baby and Child show on this Saturday 27 and Sunday 28 August.
You can see more information here:
http://www.babyandchildshow.co.nz/Visit.html
After the show I am taking a wee holiday.
Take Care
Posted by Alex O at 11:02 AM No comments: 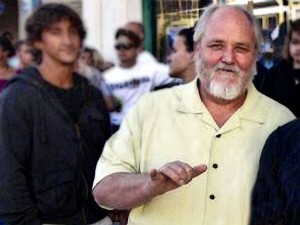 This has been a sad week, my Uncle Russell died at the weekend.
He lived in sunny California and made surf boards.
I had the honour many years ago when I set out on my big OE of living with him and my Aunt for three months and really getting to know him.

He was the sweetest, kindest most generous man.
He took my Aunt and I on a road trips to  San Diego, Mexico and to Big Bear.
He introduced me to the world of surfers.
He took me on drives in his Pink ZZ Top car.
He made me laugh at the small things in life.
He called me Rip after Rip Van winkle as I used to sleep half the day away.
He used to get me to say " Leaping Lesbians " and he would belly laugh at how funny it sounded with my Kiwi accent.
He loved the " Lakers".
He adored and loved my aunt who he would drive most morning's to her favourite coffee shop (20 minutes down the road) to get a coffee before he went to work.
He thought the best of everyone.
I could go on and on about the great memories I have of Russell.

He is written up here:

Some of the comments made are so lovely. Like this one from Pod:

A year after I got out of High School I knew how to do one thing, get in trouble. At this point I meet Russell ” Russ” he gave me a job as a sales person at the shop. He new about my troubles but never harped on it just told me to listen, learn and be myself (except when I was making bad choices that would not be cool with him) From their Russ became my confidant, mentor and was like a father to me. Russell taught me that love is more important then anything and to share it (with who you cared about and in General) would lead to your Zenith in life. Under Russ’s total tutelage I learn to live a way better way, less trouble, more love, and a person who’s love in return was so strong it shakes me now! Russell- Russ I appreciate you, love you, and thank you for your Unconditional Love. I will never forget your ability to see good in me and help me find it. And I will never forget you taught me to be a Good Man. God was looking out for me when he shared your life with me and I pray you look over me and my family as I will live like you taught me.
Rest in Peace Bro,
“Pod”
Padraig Cullen

I don't think Russell had any idea how many life's he touched and how much he was loved.
I will miss you in this world Russell.
I pray peace for you.

At Crafternoon Tea on the weekend I sat next to a lovely lady called
Ella Thomas who has a stall called
"Ellaquaint".
Ella does amazing artworks of native birds on canvas.
You can find her here:
http://ellathomaspaintings.blogspot.com/
Every time Ella sold a canvas she would put the canvas in a bag she had made from old maps.
They were really cool.
On Sunday morning I was lying in bed when the idea came to me that I could do the same with my sales using old books of nursery rhyme's that I had collected.
So that afternoon with the help of  Master O and his friend Miss B we made some bags.
Miss B named them " Story bags".
Here they are: 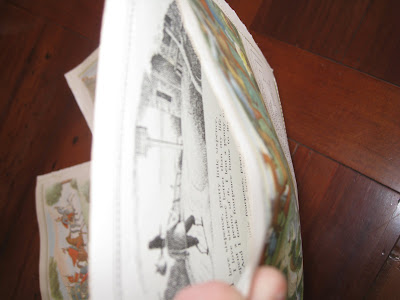 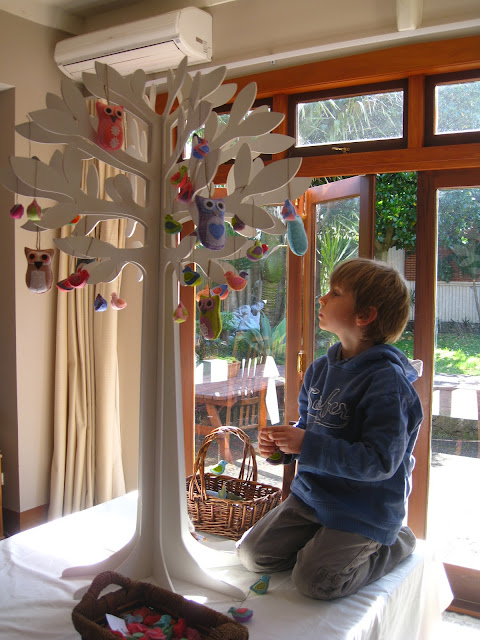 {this moment} - A Sunday ritual. A single photo - no words - capturing a moment from
the week. A simple, special, extraordinary moment. A moment I want to pause,
savor and remember.
Posted by Alex O at 7:36 PM 1 comment:

I have not forgotten you

Just a quick post to let you know that I have not forgotten you.
I am here sewing away.
I am off to Crafternoon Tea at Kingsland on Saturday.
With this cold snap I will hopefully sell a few Hot water bottle covers.
I have been working this week on a couple of little projects 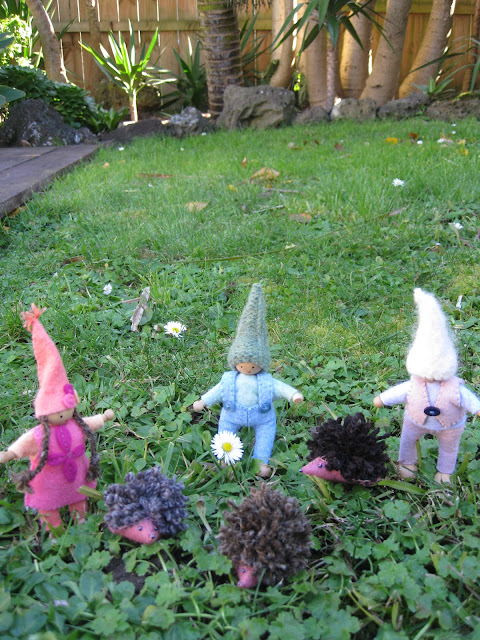 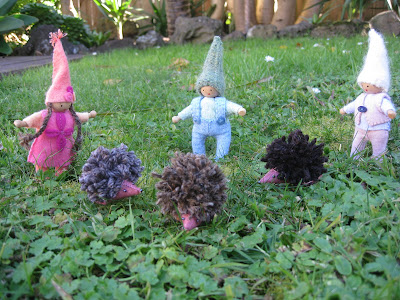 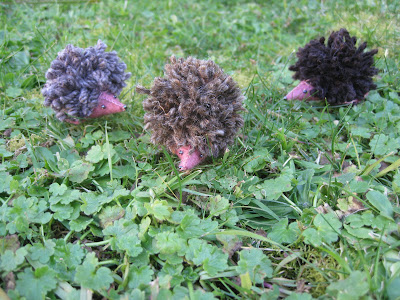 I love these little Hedgehogs they remind me of the Wombles.
Posted by Alex O at 1:21 PM 1 comment: 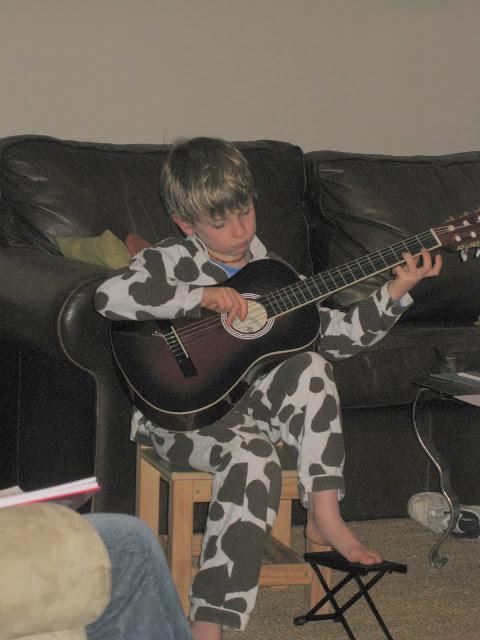 {this moment} - A Sunday ritual. A single photo - no words - capturing a moment from
the week. A simple, special, extraordinary moment. A moment I want to pause,
savor and remember.
Posted by Alex O at 7:51 PM No comments:

Earlier this year I posted a picture of Master O's first knitting triumph.
This week he came home from his Handwork's class with his second knitting triumph this beautiful Gnome: 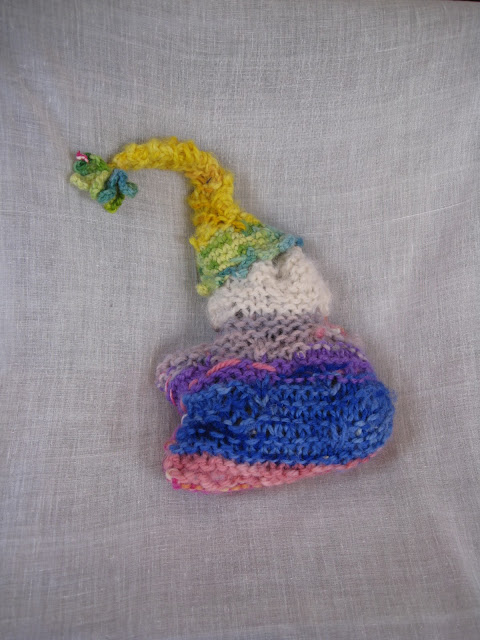 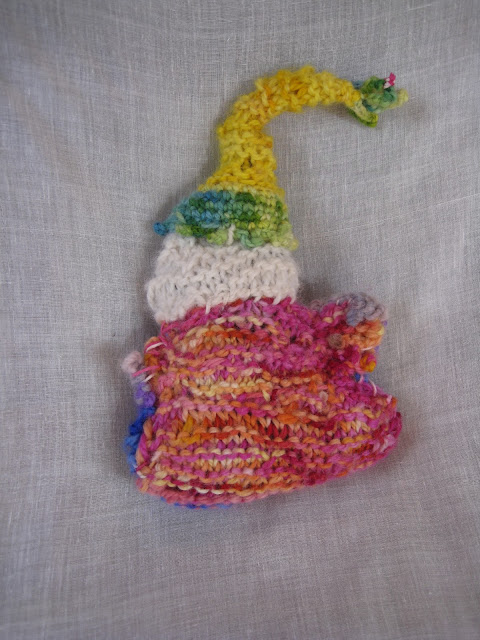 As yet he is unnamed put we are working our way through a list of All Blacks names!
Master O is very passionate about the All Blacks.
He went off with Mr O to Eden Park on Saturday night to see them play.
He was buzzing with excitement all day and beside himself when they won.
I can honestly say I had never watched a Rugby game until Master O started playing.
On Saturday I took him to his match.
I don't know what came over me but there on the sidelines I became a screaming
fan as my son ran with the ball. 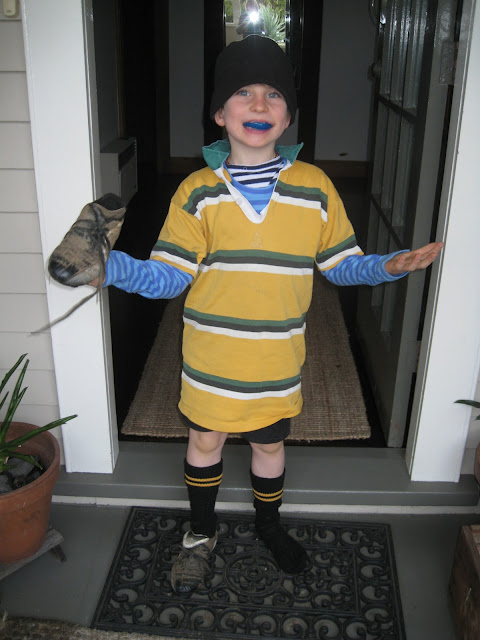 And still sewing goes on.
I have a few new Hottie Bottle Cover designs
Here is a peak at one: 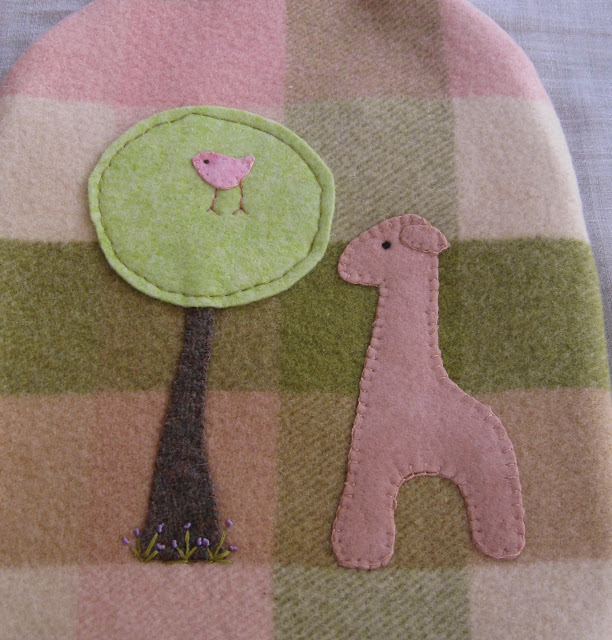 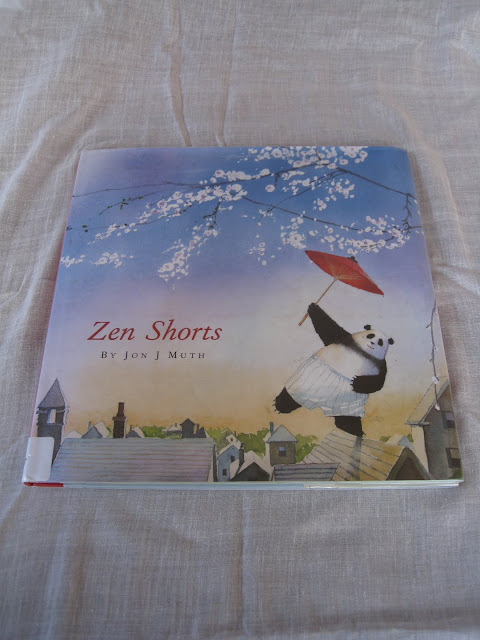 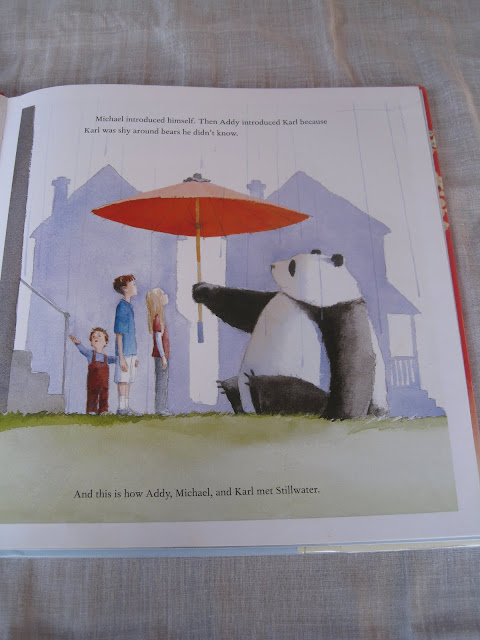 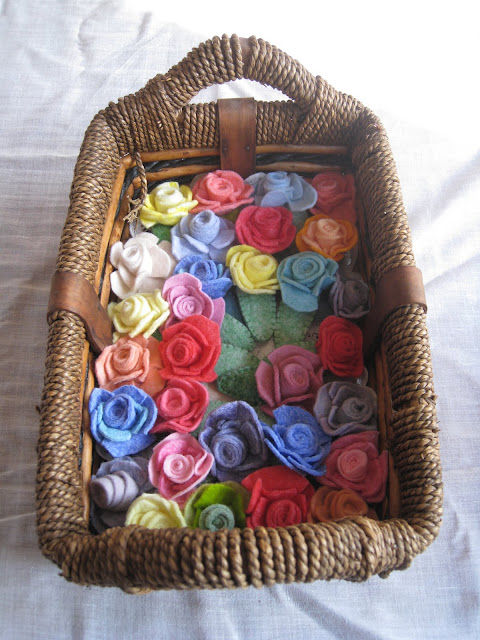 I had a lovely surprise yesterday.
I found out that I got a mention on a beautiful blog called "Mermaids Purse" by Angela
Here is the link if you want to take a peak you need to scroll down to the 5th of August entry:
http://mermaidspurse.org.nz/
Thank you Angela
On Friday Master O and I popped into out local Op Shop,
Master O found a great buy.
This beautiful box full of sewing goodness. I just love the vintage wooden cotton reels. 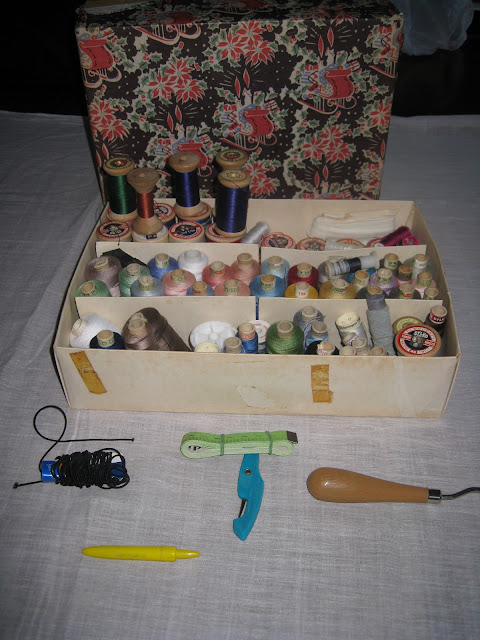 Everytime I think I am getting on top of my sewing I think of more things I need to do.
It seems daunting at the moment but I think if I keep ploddding on I will get there
in the end.
Here are a few pictures of things I made this past week.
I must go its time for Master O's guitar lesson.
TTFN
Posted by Alex O at 2:13 PM 1 comment: 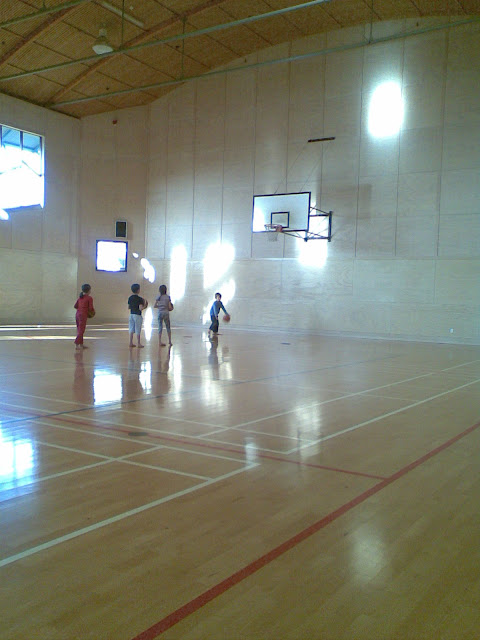 {this moment} - A Sunday ritual. A single photo - no words - capturing a moment from
the week. A simple, special, extraordinary moment. A moment I want to pause,
savor and remember.
Posted by Alex O at 10:48 PM No comments:

This week I have been sewing a few Elephants.
I am trying to do one every colour of the rainbow. 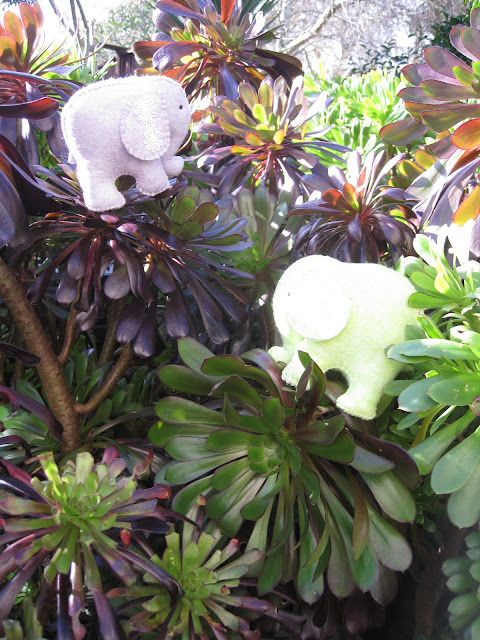 I found online this lovely poem about a little persons Elephant.
I cannot find my elephant.
He must have run away.
He isn't on the sofa
where he promised he would stay.

I've looked around the living room,
the kitchen and the hall.
My elephant is missing
and I'm not sure who to call.

I'll need to get a bloodhound
who can track him by his scent,
or hire a house detective
to discover where he went.

He isn't in the basement
or the attic or the yard.
You'd think, to find an elephant
would not be quite so hard.

Perhaps I'll make some posters,
and I'll offer a reward.
I'd make it more, but fifty cents
is all I can afford.

If you should see my elephant,
he answers to "Jerome."
Please tell him that I miss him
and I wish he'd come back home.

He knows the way. It's up the street
and down our garden path.
And next time I won't warn him
when it's time to take his bath.
I also got some great news this morning. I am off to "Crafternoon Tea" so do come along and look out for me: 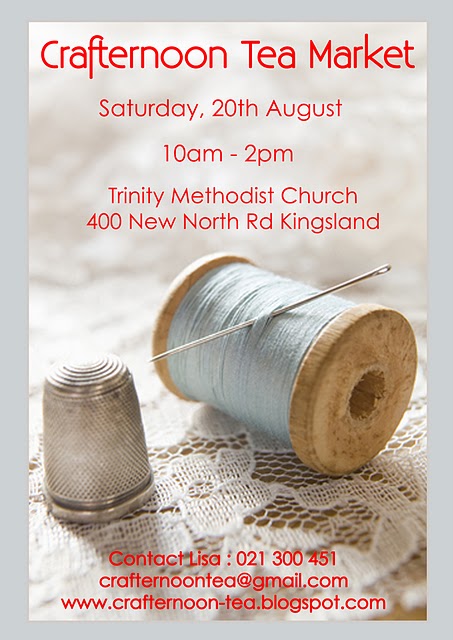 Master O went back to school today.
So I now have 23 sewing days till the Hawkes Bay Parent and Child show..................busy times ahead.
Kraftbomb on Sunday was a huge success and my new Hottie Bottle Cover designs were selling.
On Saturday I came up with a new design which Master O loves: 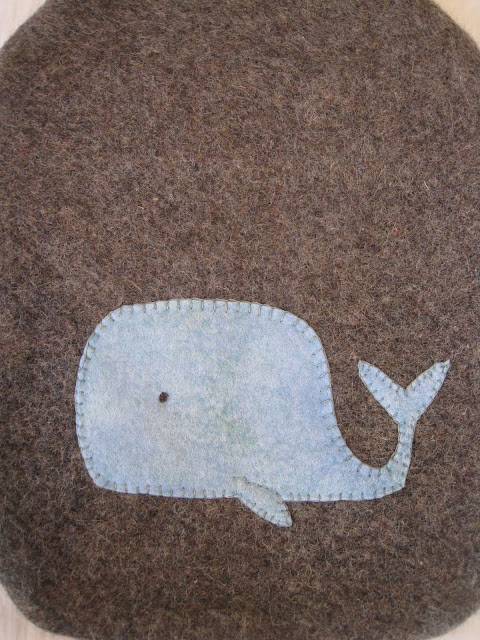 I must tell you about the wonderful new smoothie I am making it is so yum.
BANANA AND CACAO  SMOOTHIE 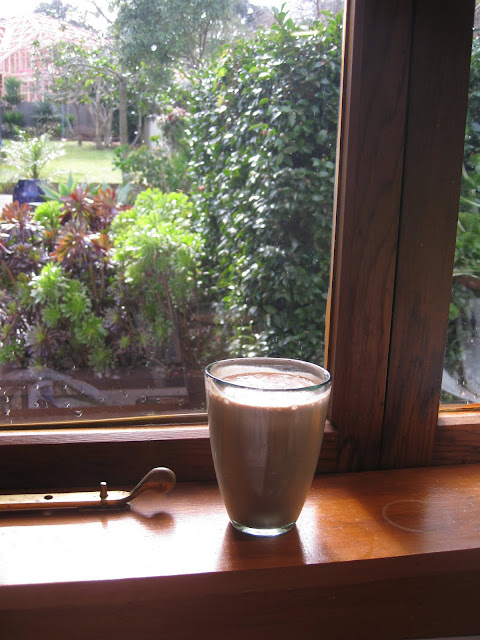 1 cup of water
1 tablespoon of tahini
3 dates
2 tablespoons of honey
3 teaspoons of cacao powder
1 or 2 Bananas
*Blend the water and the tahini in a blender
* Add the dates and honey and Cacao Powder
*Add the Bananas and blend.
If you use frozen bananas it turns this smoothie into a milkshake.
This smoothie has lots of protein and calcium due to the Tahini
Enjoy!
Posted by Alex O at 1:08 PM No comments: 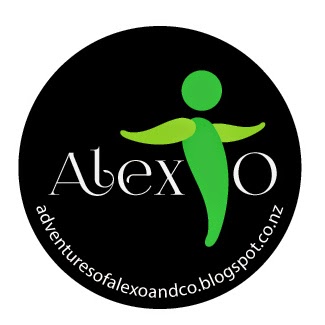